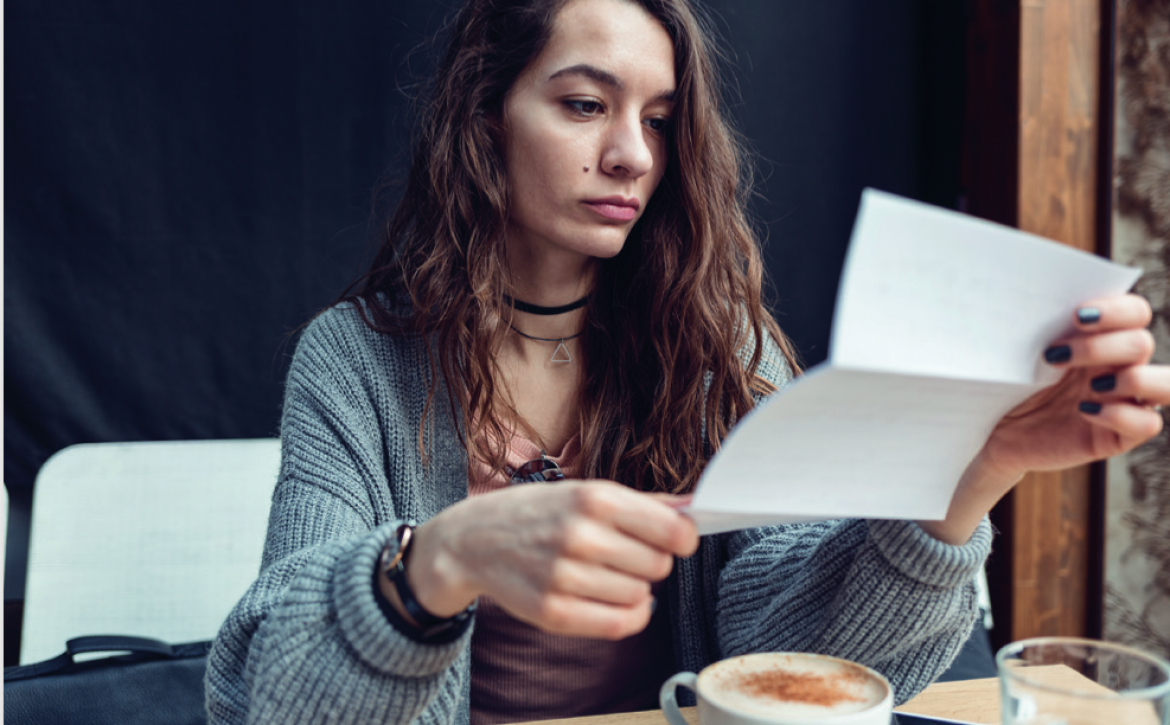 Make Renting Fair: the realities of renting and why tenancy law needs to change

The problem of unfair evictions

Nicole and her family had been living in her rented home in the Shoalhaven for three years when she got an eviction notice. The house had a serious mould problem that Nicole had been asking the real estate to look at for some time without success.

“This house and its mould problem was making my family sick.” Nicole told me, “My daughter has asthma, and the mould really affected her. My son who is a toddler was getting sick every few weeks. I got really sick. All of this was connected to the mould—it’s a very serious issue.”

When Nicole followed up on the repairs for the property with a new property agent at the firm she was told they would talk to the owner. Instead six days later she got given a ‘no grounds’ eviction notice (that is, an eviction with no reason provided).

Sadly Nicole’s story is not an isolated one. Serious mould infestations in rental properties because of a landlord’s failure to conduct necessary repairs are unfortunately also common. Recently renters shared their experiences of mould and renting with the Tenants’ Union for submission to the House of Representatives Standing Committee on Health, Aged Care, and Sport’s recently announced inquiry into biotoxin-related illnesses in Australia. We received more than 100 formal responses from across the country within 48 hours, and they continued to come in at the same volume over the next few days. These included stories of retaliatory evictions for chasing mould repairs along similar lines to Nicole’s experience. Some quick examples:

Mould is a serious health issue. Renters should be able to confidently request repairs to a rental property that will eliminate mould in their homes and ensure the health and safety of their household. But it is clear that tenancy laws in NSW and indeed around the country do not adequately protect renters who assert their rights. Chase repairs and next thing you know you find yourself evicted.

But this is not only about mould. At the Tenants’ Union of NSW, and across the nation-wide network of state-based tenants’ advice services, we talk to tenants every day who report being evicted in retaliation for asserting their rights. These include asking for repairs, looking to negotiate regarding a rent increase, and requesting the landlord give them notice before knocking at their door. Sometimes because of discrimination, or simply a relationship breakdown, their landlord says—or doesn’t say—they just ‘don’t like them’. The result is the same: a lack of action on pressing issues, or a no grounds eviction.

The landscape of renting has changed—renting no longer fits (if it ever did) with the stereotypical imagined ‘student sharehouse’ or as a stepping stone or transitional ‘phase’ for young people before moving on to purchase a home. In NSW almost a third of all households rent their homes. Those of us renting are doing so for longer and often with kids. A third of all those in the private rental market are classified as ‘long-term renters’—that is, we’ve been renting continuously for ten years or more. A growing number of us recognise we’ll likely be renting for life.

Although there are some advantages to renting, the reality is that people who rent their homes in the private market do not experience the same levels of stability and comfort. Rents are rising and are quickly becoming less affordable. For those on low incomes they have long been unaffordable. Renters move home much more often than people who own their home. One in three renters are likely to have moved home in the last year, and more still (around 40%) have moved three or more times in the past five years. Last year when Choice, National Shelter, and the National Association of Tenant Organisations undertook a survey of renters they found:

We need to Make Renting Fair

Clearly tenancy laws have not kept up. They do not offer the protections required to ensure liveable, secure, affordable homes for renters.

It is now almost three years since the NSW Government began a statutory review of the Residential Tenancies Act 2010 to determine whether the law was working effectively and reflects the needs of the community. After a short period of public consultation at the end of 2015, a Report on the Statutory Review was tabled in Parliament mid 2016. Disappointingly the Report did not pick up on a number of the key issues flagged by the many tenants, tenant advocates, and community and consumer organisations who actively took part in the Review’s consultation process. In particular, the Report made clear that the review would not address the need to remove provisions within current tenancy law that allow unfair (no grounds) evictions. The Victorian Parliament has now passed the ‘RentFair’ bill.

Enter #MakeRentingFair. The community campaign—launched last year in June—is backed by a strong coalition of around 100 organisations made up of a mix of community and faith-based organisations, tenants groups and tenant advocates, consumer rights groups, and unions. At the end of last year Inner West Council endorsed the campaign, followed by Randwick City Council earlier this year. The campaign focuses on the issue of unfair (no grounds) evictions. Currently a person who rents their home in NSW can be evicted without being given a reason. Sections 84 and 85 of the NSW Residential Tenancies Act 2010 allow a landlord to issue what is called a ‘no grounds’ eviction notice at the end of a fixed term lease or once the lease is outside of a fixed term. The Tenants’ Union estimate that of the over two million people who rent in NSW, at least 160,000 will experience a ‘no grounds’ eviction while renting.

Unlike grounds for eviction that exist during the fixed term period of a tenancy, such as breach of agreement or sale of premises, tenants can’t dispute the reason for eviction if they are given one, except in very limited circumstances. This means renters have very little protection in the face of retaliatory or discriminatory evictions.

Since we launched the campaign, many people have shared stories about their experiences of receiving a ‘no grounds’ notice. We’ve heard from people evicted for chasing much needed repairs—things like fencing around pools, and significant mould issues; or questioning why their rent increase was so high; or asking the landlord to give them notice when they were coming to the property. Renters have told us consistently that instead of being an incentive for a tenant to comply with their responsibilities, the threat of eviction has a chilling effect on their confidence to assert their rights as renters.

What has the campaign achieved?

The campaign has made good progress in the year since we launched. We have a strong supporter base—both in terms of the coalition of organisations who publicly endorse us as well as the growing number of individual supporters engaging with the campaign. We’ve had excellent media coverage of the issue with renters’ stories about the impact of unfair (no grounds) evictions appearing regularly in the news and helping to build community understanding about the level of insecurity renters face and how ‘no grounds’ evictions undermine the other rights renters have. Significantly we have also seen the NSW Greens and NSW Labor come out strongly on this issue. Both parties have adopted a strong renters rights policy platforms that include removal of unfair ‘no grounds’ eviction as a priority reform. Luke Foley, leader of the NSW opposition, has publicly committed a NSW Labor Government to ending unfair evictions, most recently when speaking at a Renters’ Rights Assembly out the front of Parliament House at the end of June.

Last year the Better Regulation Minister, Matt Kean, conceded ‘no grounds’ evictions were a problem, stating in October: “No-grounds evictions, retaliatory evictions, all these things are currently undermining renters’ rights in NSW.” However the NSW Government continues to avoid dealing with the issue, confirming that they will not be removing ‘no grounds’ provisions when they finally do announce the tenancy reforms coming out of the review of the Act.

Meanwhile, other Governments are improving their Residential Tenancy Acts. The ACT currently has a 26 week notice period for ‘no grounds’ evictions – though unfortunately the longer notice period is not as effective a disincentive against use (and misuse) that you might hope it would be. The ACT Government has made a number of reforms to its RTA in the last 18 months, and a second tranche of reforms is expected to be introduced to the ACT Legislative Assembly in October.

In Victoria, the Government has recently introduced to the parliament of Victoria amendments to its RTA, commonly known as the “RentFair” bill. This legislation requires rental properties to meet minimum health, safety, and energy efficiency standards. Mould will be treated as a priority maintenance issue, and locks, heating, and insulation will be covered. Tenants will have a right to make minor modifications, including anchoring furniture to improve child safety, and the onus will be on landlords to object to tenants having a pet, rather than the other way around. Significantly, the reforms will require that landlords provide a reason when they end a tenancy agreement by removing the 120 day ‘no specific reason’ notice to vacate from the RTA, and only allow the use of an ‘end of fixed term’ agreement at the end of a tenant’s first fixed term. This is a great step forward towards ending unfair evictions.

In June the NSW Parliament unanimously confirmed housing as a human right and recognised their responsibility for providing safe, secure, and affordable housing. Despite this, it seems the NSW Government will miss this valuable opportunity to implement reform that would bring significant improvements to security and stability for people who rent their home.